Have you been talking to Winston Salem/Forsyth County School System? Did they tell you that one time 6 years ago I missed an early release and had to pickup my children with curlers still in my hair? 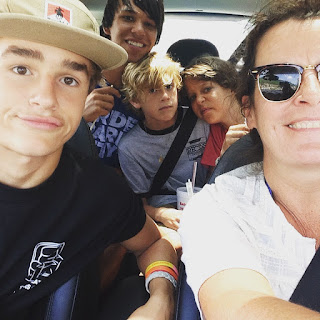 This past Wednesday was a Teacher Development Day, I'm not sure what that means but for all us parents that means early release. And they are making sure the teachers enjoy that half day but starting early with us lame parents.

The first text came at 600am, interrupting my beauty sleep.

I know, I told my phone, rolling over in bed. After getting up and starting the morning routine, the second text came through, including the Spanish translation.

I know, I said again then adding Lo Se' for the Spanish translation.

As I was driving them into school two more reminders came across.


There was a big sign for the carpool line, "Don't forget early release today at noon!"

The final text ruining my savanna in yoga class to be there "on time" for early release day.

Just as it came around time to go get them from school, I got another text:

"Have you left the house yet?"

Wait, what? then I realized it was a friend sending me the text.

And now I'm running late, see what you did?

How can they be so organized and proficient telling us about early release but decide on a snow day ten minutes before we leave dressed and ready to go for carpool?