I'm reading this article in the New York Times about Decision Fatigue, the main jest is timing is everything when it comes to making a decision. And I couldn't agree more.

In the scenario in the article, three prisoners went before the parole board with similar convictions but only one received parole, the other two, though similar in convictions didn't receive parole due to the time of their hearing. The lucky dude in the morning received parole while the two unlucky blokes were denied during their hearings late in the afternoon.

The article goes on to state that decision fatigue can be blamed for dubious choices during shopping later in the day (I'm still calling that one Buzzed Amazon Prime Purchases) quarterbacks throwing a bad pass late in the game to yes, even that chocolate cake late at night.

I think my children understand decision fatigue far better than I do. 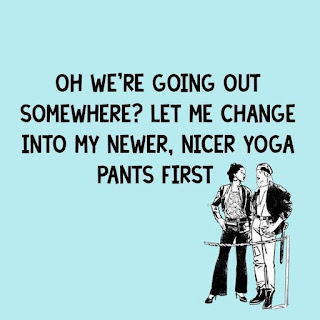 It usually starts at 6am as they are eating their breakfast.
"Can I go over to So and So's house Friday night?"

I'm fresh on the day, cup of coffee in hand and answer, "No, I don't think that's a good idea."

I go about my day, making choices on what to make for dinner, whether or not I need that 3rd cup of coffee, yoga pants or no yoga pants, what errands to run before picking them up, where to go after picking them up, what to make for dinner because my original plan smells funky coming out of the fridge, red or white wine, should I have another glass of wine.

That's when they smell blood in the water, they can sense my decision fatigue. They start with some easy ones:
"Can I have some of your chocolate?' They ask after dinner. Now early in the morning, I'd spew venom at anyone thinking about taking my chocolate.
"Sure honey, just a small piece."

Aha! They think, she's weakening, let's test her again. "Is it OK to watch Bob's Burgers?"
I'm just trying to make it through the cleanup, "Sounds good."

Then they go for the blood, "Can I go to So and So's house on Friday?"

My brain is still back at the "should I have another glass of wine" decision that clouds the question from earlier that morning, what did I say? I hedge a little, "If your Dad says OK, then it's OK."

They know it is still just as late with Dad so they jump on the chance, sending him a text.  His usual response is "Ask your mother."

Coming back to me knowing their timing is right, "Dad says it is up to you."

I think for a second, "OK, just make sure I know all the details."

Then I read this article on Huffington Post with suggestions on combating Decision Fatigue:
Make your big decisions first thing in the morning, yes, put that bottle of white in the fridge to chill.
Choose the simpler option. Yes, wear the yoga pants to bed because they are comfy and you'll wear them to carpool the next morning.
Limit your options: Only buy one brand of chocolate and always hide it in the same place.
Go Minimalist - does that mean naked? Oh, wear the same thing every day cutting out clothing decisions. Yoga pants it is.
Done is better than perfect - Yes, this means cooking, cleaning, who am I kidding this has been my mantra since my kids were born.
Remove yourself from situations that distract - it says to set a timer for Social Media, say, like 5 minutes, can we all chuckle now?
If it's not on your To Do list, then it's a no - um, who has a to do list?
Make your first decision work - that is if you remember it after a sleepless night and the constant morning badgering of your family

Then it mentions writing down questions the night before and not answering until that next morning when decision fatigue hasn't set in. What a great idea, I think as I have them write down the things they want or want to do, telling them I'll answer it in the morning.

Unfortunately, I've lost the piece of paper and have to start my day with the decision of what to do about it.

Thank god for yoga pants because one of my morning decision is already made.
Posted by KellyM at 5:51 AM