WTF - How Strong Is Your Back? 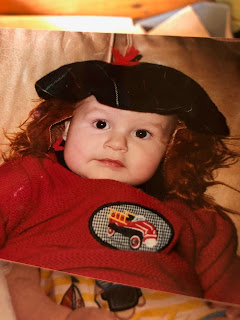 I know children can be pains in the neck, but they are also pain in the back from bending over picking up all the different items on the floor. When my son was little, I always lost burp towels to the floor, dropped pacifiers. Of course his being the first child, everything carefully sanitized before dropped to the floor again. He laughed in his high chair, throwing food and watching the dog get to it before I could pick it up. The dog ate well.

We moved from the baby things to cussing every time I stepped on a Lego. I picked up Legos, Transformers, puzzle pieces, books, and the wayward piece of food the dog missed. We also spent a lot of time on the floor, playing games, reading those books, chasing each other. Once he was in bed, I spent the next hour picking up and putting away from the floor except for that Lego at 2 a.m.

When the toys started moving out of the house, the floor became covered in video games.  LeapFrog and math games came first, moving to the Nintendo DS and all the little game cards lost around the house. I'm still finding Nintendo cards to this day. They replaced these with Wii controllers until they moved on to the Xbox. I picked these up from the floor after chasing all the dead batteries rolling around the floor to disappear underneath the couch.

As the video games increased, so did the bowls and cups. I used to say going downstairs in my house is like going into Target. You say you're just taking a look and come back upstairs with a dish set, all your spoons, four towels, and a case of cups.

Then we move to the clothes on the floor. As Moms, we start picking them up, trying to stem the tide until frustration makes us close the door with a sigh. When they start borrowing some of yours or your hubby's clothes, it's time to put on your gas mask and look for them in their room. Murphy's Law most are way underneath the bed with the moldy food.

Then life comes at you fast. 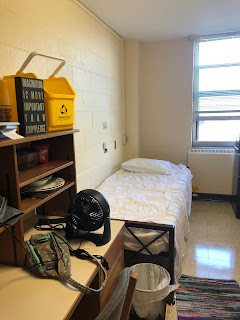 You find their learners permit on the floor, put it on their dresser.
The driver's license then is on the floorboard of the car.
The college applications sit on the floor until you make them fill them out.
The welcome brochure from the school of choice sits on the couch.
Finding the cap and gown under the bed and picking it up and hanging it in the closet.
Picking up boxes of stuff and moving them out to the car.
Bending over placing the fan, so it faces the dorm room bed.

All this working out over 18 years, I think helped me bend over to pick up my heart from the floor as I closed that dorm room door.

How secure is your back?