My husband thinks I have some type of covert operation on him, that I am trying to drive him crazy

One day at a time.

He is convinced I'm hiding 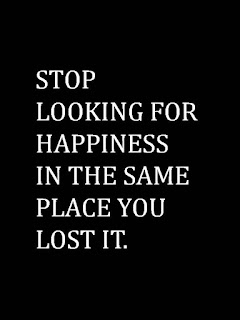 things from him. We have this wonderful conversation looking for things:

Him: Did you put away my whatchamacallit?

Him: But my whatchamacallit isn't where I usually put it.

Me: Did you put it somewhere else?

Him: Why would I put it somewhere else?

Me: Because you needed it there?

Him: I only need it where I usually put it and it is not there.

Him: That's what I am asking you?

Usually after we spend 15 minutes following each other around the house.

Him: There it is, why is my Whatchamacallit there?

Him: Why would I put it there?

Me: Because that's where it is, right?

Him: You moved it, didn't you?

Me: Why would I move it? I don't even use your Whatchamacallit. Put it where you can find it the next time.

Him: Have you seen my Doohickey?

Me: Isn't it over there where you usually put it?

So far, my evil plan is working.
Posted by KellyM at 5:55 AM