Just wanted to pen a note to you explaining a few things from 2017.

Yes, I know I haven't written a letter since 6th grade, but there were a few busy years, then the 70's, and who remembers the 80's perhaps you got a letter and forgot? From the 2000 on, the letters in crayon to you were written by the boys with my help, that should count for something. 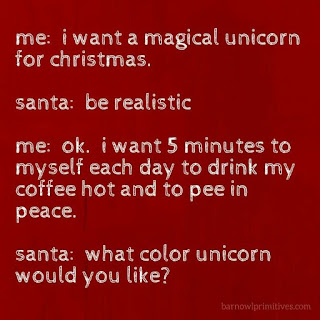 I'd like to say I've been pretty good for 2017, I'm proud to say, my kids are still alive, the cars still run, the dog hasn't run away and I'm still wearing the same size as last year. Doesn't that put me on the nice list?

OK, you're right, there were a few incidences:

That use of FBomb, I'm not sure that was totally uncalled for. You see, my son used my ski goggles this summer mountain biking, and I didn't know until first day of season. He said my goggles worked better, I said, "Of course, they're F*cking Vonzippers, do you know what I paid for them?" See there is a reasonable excuse.

All those other times? Well, one after the roller coaster my kids talked me into, and yes, when they threw a live fish in my direction, finally that time they used my bathroom for their daily constitutional later explaining they didn't know how to use a plunger.

The tailgating up and down Beech Mountain? No, that's not tailgating, I'm suggesting they pull over. It always work and the kids haven't been late to school----yet. I do stop for all the animals, especially the skunk, everyone stops for the skunks.

Yes, you are right, there's bit a little bit of lying. These are nice list lies, "I'm sorry all the chocolate is gone," is the perfect lie because if they eat that last piece, I'm back on the naughty list with the FBomb again. Or the "go ask your father" lie because I don't want to deal with it, honestly, he is better at saying no than I am.

Then there's the black leather sequined pants. Definite naughty list material. I learned my lesson with those, I couldn't feel my legs for the length of the party and I lost $100 bucks because I dropped it and couldn't bend over to pick it up.

The Twerking Incident. Bad decisions on my part. It was in front of my mirror and I realize my mistake when I threw out my hip with the first thrust. I did learn a lesson, I can't do this in public! I, for one, am glad that fad is now fading away.

That fight on Social Media. I still believe Nacho Libre is much better than Hot Rod. I'm still not backing down. How did you see that? I deleted that post from Facebook. Oh, right, you see who's been naught or nice.

Not texting my children back. Quid Pro Quo Dear Santa, let them feel my pain.

So Santa, see there are plenty of excuses for those short trips into the Naughty list but for the most part I've been NICE! I say "please" and "thank you" with out any curse words, I open the door for seniors, and I don't fart during yoga class.

Don't listen to the boys when they say they want a puppy.

Max doesn't need that drum set, we honestly don't have the room for it.

I'll take a case of wine along with a box of chocolate. Box is fine. I may be cheap but I'm not an easy girl.

Oh, and if you are feeling particularly generous over the wine, my husband has a text of everything I want, his number is 828-333-1657