Yesterday’s Council meeting was well attended and resulted in several significant decisions and useful information. For those of you unable to attend, Council meetings are now being live streamed over the internet so you can watch without being there.
As a first item, Tim and Robert addressed the circumstances surrounding the water valve incident at Buckeye prior to Thanksgiving. Using the questions I submitted to the Council, they handed out a response sheet and did a summary presentation. In brief, it is clear to me that there was a lot of misinformation spread about the incident (further addressed below) and the Town handled the entire issue appropriately. 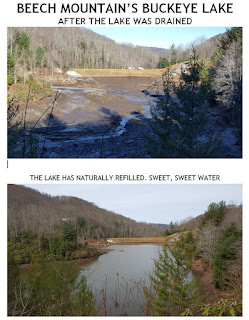 Here are the facts addressed. Because Buckeye Reservoir is a stream impoundment, the Army Corps of Engineers requires the Town to keep a certain water flow in Buckeye Creek below the dam. The valve, installed in 1984, is a 4 foot by 4 foot gate about 37 feet under water, controlled by a long iron pipe and screw gate. It is regularly opened to release water. On October 15, representatives of the Town met with representatives of various federal agencies to seek a change in the minimum release requirements. As part of that issue, the Town was asked to install stream flow gauges, as well as inspect and operate the valve. The Town retained an experienced dive contractor to complete this operation. The work needed to be done in the fall in case there was a release, to allow the to refill. Town employees were aware of the risks involved in operating the valve.
The contractor’s divers worked filming and operating the valve on November 20. At some point in the operation the valve rod bent due to water pressure, leaving the valve partially open and causing water to flow at a high  rate of speed through the valve. A diver working to determine what had occurred was sucked partially into the gate and became stuck. In a 4 hour rescue operation, involving about 45 people, the diver was rescued.  The valve, however, could not be closed until the  was drained. Once the was drained, the valve was closed and is now stuck in that position. The valve is operational, but the mechanism to open and close it will need to be entirely rebuilt.
The Town immediately declared a water emergency and implemented its emergency plans. The total cost of responding was about $60,800. An after action meeting has occurred and several issues requiring corrective action identified and implemented. Chief Pudney stated that this was an extraordinary rescue and many similar incidents result in death. Fortunately, this diver has recovered. Various individuals were recognized at the meeting for their efforts during the rescue.
In other business, new appointments to various Town boards will be made in January and anyone interested in applying should do so. A motion for the Town to financially support the Resort’s bus service failed for lack of a second, but in subsequent discussion it was clear that a majority of the Council believes this is an issue better left to the TDA. By motion, the Council has agreed to allow a second public comment period at the end of each Council session, but only for those items addressed in the agenda. Finally, Council has set a public hearing on the proposed leash law ordinance for the January meeting. It is clear that the proposed ordinance currently has a 3 (Renee, Wendell and Barry) vote majority, but please make your thoughts known to Council. The annual planning retreat will take place in Council chambersJanuary 15 and the public is invited to attend, as well as submit issues and suggestions to Council prior to the meeting.
Finally, a personal note. It was clear to me from public comments yesterday that social media is the 21st century equivalent of the game of telephone and should not be trusted when it comes to Town issues. If you see something on social media about Town matters, please do not further broadcast it until you have confirmed it with a Town employee or elected official. Two examples will illustrate the problem. First, much of the information spread about the valve problem was simply wrong. Second, the Town and TDA purchased one large ornament. There are no plans to purchase any others and any suggestion to the contrary are also wrong. Please do not spread false information on social media. Thanks and I look forward to seeing everyone at the January meeting.
Posted by KellyM at 6:03 AM