There's a Melang tradition of a cute name for those unmentionable parts of the body, a tradition I used with my boys.

Of course, I'm not going to divulge the name as my children will kill me, so let's say we'll call it: 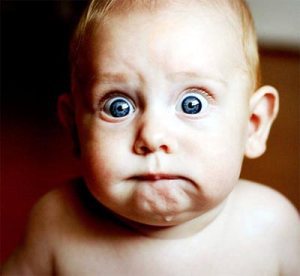 So of course if you give it a G rated name, you also include the act of peeing, with things like:

Dingling from the Dingaling
Tipping Tiny Tim
or
Dinging the Dong?

Today, I'm not sure how we got on the subject of DingaLings, but they surprised me with, "Mom, you know, I thought it really was called a DingaLing."

Really? Didn't we have this conversation, I seem to remember it.

"Yeah I learned it wasn't in kindergarten when I told the teacher I had to Dingle from the DingaLing."

Mom fail, guess I should have explained a little bit better.  Luckily we all had a nice laugh in the car over this one.

Take two, one of my favorite stories when my boys were younger, riding the bus home from elementary school. Of course, I'm waiting at the mailbox as the bus pulls up.

The driver motions with her first finger to get on the bus.

She turns to my child and says, "Please tell your mother what you said on the bus."

Oh boy, my mind goes to the worst.

He looks at me with innocent eyes and says, "I told Ms. Tina he hit me in the nuts."

I look between them, OK, and what is the problem here?

She looks at me, I get from her stare I have to do something so I say, "I'll have a talk with him." She nods, I guess I did the right thing.

Walking back down the driveway way, I say, "Son, I guess you're not supposed to say nuts on the bus."

I think on this one, "I'm not sure. I guess you should say something like crotch or groin." He just doesn't look old enough to say testicles.

He thinks about this, "How about balls?"

"I guess that would work," I say not really sure.

"Ball sack?" I can tell he's enjoying saying these words and my shock. This time I stop and look at him, "Where did you hear that?"

He shrugs, he's not going to say he heard it from his father.

Which brings me to those pet names when you get older, when you move from DingaLing to:

I'm going back to a more innocent time where Tiny Tim was just that:

Thought I would leave you with one of my favorite songs when I was a kid: